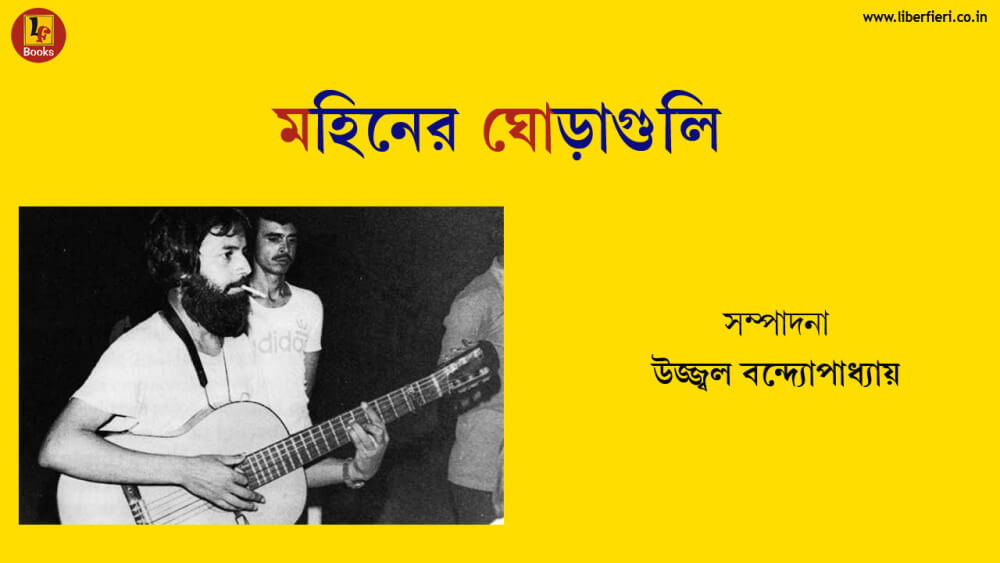 The band owed its name to Jibanananda Das, a renowned poet of Bengali literature who subverted the language of Bengali poetry in his own style. In the late 70s a Bengali band started  a musical journey mesmerizing the bengali audience who had no access  to such music till then. This way Mohiner Ghoraguli came into existence whose diction of lyrics and singing style ushered in a new anesthetics.Snuffing out the traditional structure of music of the older generation, their songs animated  the community of the youth and transmitted the spirit of a higher ineffable vitalism.Under the legendary leadership of Goutam chattopadhyay Mohin started their journey self-reflexively in the aftermath of a failed, revolutionary venture experiencing a crisis of faith. Their music has a rupturing effect on the bengali listeners who dispassionately observed the whole scenario from a distance and they have relinquished any coherent claims for pure music. They did not have to contemplate an assured future.Their searching was to find out the real identity with the varied layers of generational perspective. Under the impressive guidance of Goutam chattopadhyay, Mohin was a band woven into the collective action of indeterminate “we”. Disenchantment with the precarious surround, the politics of music was very obvious in their songs.